‘At first I referred to the field as a space awaiting events; now I refer to it as an event in itself’. John Berger – ‘Field’ (1971) 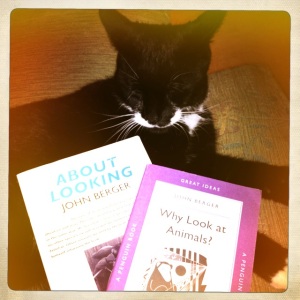 In early September I am presenting a paper at the Thinking With John Berger conference at Cardiff Metropolitan University, entitled ‘Fields Of Knowledge: Berger, The Outdoors And The Possibilities of Experiental Practice’

In my abstract I make many promises: to explore the boundaries of the academy and the ownership of academic practice; to examine the relationships between the orthodox and the unruly, the academic and the emotional, the empirical / validated and the wondering / intuitive… (what was I thinking). The challenge in writing up a predetermined piece of writing is to stay close to the initial liveliness of the ideas, and to the wonder and vitality with which so much of Berger’s work fills me. In 2012 I took part in Redrawing The Maps at Somerset House, and as a guest blogger for the event I wrote these words:

I feared my knowledge and I feared my ignorance, unable to reconcile the different strands of my practice. In all these matters, Berger’s work has been redemptive. He gives me courage. His willingness to embrace uncertainty; his ability to sincerely inhabit the difference of the other; the co-mingling of the theoretical and the lyrical, the written and the visual, the personal and the political is liberating. He does not dictate – he wonders. An idea, a theory, is never proposed as a given, but as a possibility, to be willingly handed over for us to shape in our own minds. Dogma is death. Uncertainty is life. (The Other Compass And The Other Stars).

The reading list I have set myself is long, in truth ‘pot luck’ and incomplete, but most of the Berger texts are old friends, already bookmarked at relevant essays, passages and quotes. The conference is programme is bristling with academic credentials, of which I have none. I shall read and write to my own strengths, as I expect Berger himself would advise.

PS: if anyone knows where I can get hold of a copy of The Ship of Thought then please let me know!

5 thoughts on “Wandering / Wondering: A Reading List for July and August (Part 1)”